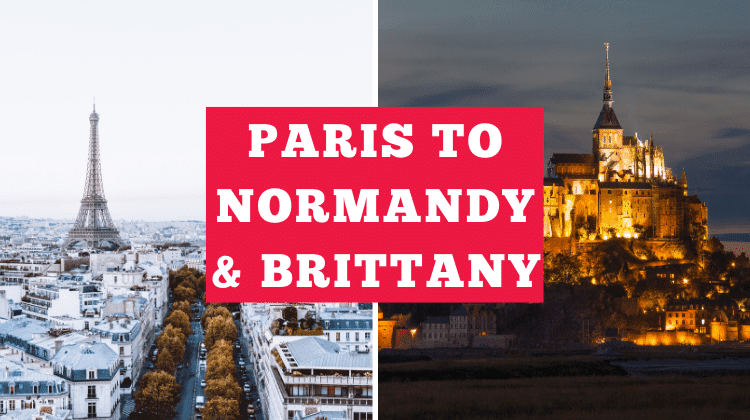 Heading out of Paris to explore France offers a world of tantalizing possibilities. Two regions that should not be overlooked are Normandy and Brittany.

The neighboring coastal regions are home to epoch-defining histories, singular cuisines, and some of the most compelling destinations outside the French capital. They include the D-Day landing beaches near Bayeux and the astonishing Mont Saint-Michel.

One of the easiest ways to reach the northern regions is to travel from Paris to Brittany by train. If you don’t fancy joining Normandy tours from Paris, the Paris to Bayeux train schedule makes it possible to organize a day trip to the D-Day beaches. Let’s look at all the options for reaching two of France’s unspoiled jewels by rail.

Visiting the D-Day landing beaches and memorials to those who gave their lives in 1944 is understandably high on many American itineraries.

The French government and local residents carefully preserve the memory of those who fought to liberate Europe. There are many poignant and moving sites to visit.

The five landing beaches are spread over three départements: Calvados, Orne, and Manche. If you plan to visit distant sites like the Normandy American Cemetery (Colleville-Sur-Mer) or the Airborne Museum (Sainte-Mère-Église,) a rental car or organized tour is essential.

If you’re planning a Normandy day trip from Paris, Bayeux is the best option. Bayeux is the gateway to the D-Day beaches and is just a 20-minute drive from Omaha Beach. Omaha beach stretches over 5 miles (8 km) and was the biggest and bloodiest landing ground during Operation Overlord. It is home to one of the most moving war memorials in Normandy.

A train from Bayeux to Paris is inexpensive and fast. Time your journey, and you can be there and back in a day. Skip the indirect trains. The quickest services are on the direct Nomad Trains (Nomad was formed from a merger of TER Basse-Normandie and TER Haute-Normandie.)

Nomad trains are rebranded TER regional trains. They are not high-speed and typically lack the comforts found on TGV trains.

The fastest train will get you from Paris Saint Lazare to Bayeux in 2 hours and 18 mins.

Traveling from Paris to Bayeux by train is an opportunity to sit back with your less-than-remarkable vending machine coffee and enjoy a roll through the green spaces of northern France. It is a region filled with open farmlands, colorful orchards, half-timbered houses, and ancient villages with church spires older than the States.

Traveling from Paris to Bayeux by train and back can be squeezed into a day trip. But overnight trippers are well rewarded.

Bayeux is a picturesque town, home to the famous tapestry depicting the 1066 Norman invasion of England that transformed a country and a language. At the same museum is the Memorial Museum of the Battle of Normandy, a must for anyone interested in the D-Day landings.

A compelling alternative to Bayeux is Caen. The fabled city is the ancestral home of the Duke of Normandy, who led the 1066 invasion to become William the Conquerer.

The D-Day beaches are further from Caen than Bayeux – the nearest is Sword, 27 miles (44 km) away. But the vibrant city makes a good base for exploring the region.

Direct Nomad trains to Caen largely match the services to Bayeux. Although indirect trains to Bayeux also stop in Caen, giving you a wider choice of Paris to Normandy trains.

Normandy beach tours from Paris remove all complexity. With everything fully arranged, you won’t have to worry about missing your train from Bayeux to Paris in the evening.

You can enjoy the best of both worlds by traveling from Paris to Bayeux by train and then joining a tour in Bayeux. This option will save money. And because it is impossible to catch a train from Paris to Normandy beaches without using local transport, it is convenient. Especially if you can find passionate tour guides who will bring one of the most dramatic events in history to life.

The sparsely populated Normandy region covers nearly 12,000 sq mi (31,000 sq km) and is home to myriad delights for travelers. Among them are the capital, Rouen, and the port city of Le Havre.

The city of Rouen is built on millennia of history. Once ruled by England, the city was at the center of the Hundred Years’ War, and the scars are still visible. It was here that Joan of Arc met her grisly end, executed by the English and elevated to one of France’s leading icons.

Interestingly, nearby Le Havre is where the English arrive today. Albeit by ferry and without longbows. Home to France’s largest port after Marseille, the modern city was largely destroyed during World War II. Although rebuilt, the city has experienced a tumultuous time since 1945, riding both the highs and lows of being a modern maritime city.

Both Rouen and Le Havre are fascinating places to visit. Rouen for the history; Le Havre for its modern personality and ferry connections to Portsmouth across the English Channel (aka La Manche.)

Once again, the Paris to Normandy trains operating under the Nomad banner offers easy connections from the French capital.

The fastest Nomad train arrives in Rouen Rive Droite just 1 hour 18 minutes after leaving Paris Saint Lazare. TER trains make more stops, yet even they make the journey in approximately 1.5 hours. That provides a wealth of choices and money-saving options for rail travelers.

It makes sense to choose the more comfortable Nomad trains, which often cost just one Euro more than TER trains. That Euro gains a reserved seat, WiFi, USB charging ports, and the chance to sample the dubious pleasures of vending machine beverages.

For Le Havre, direct trains from Paris take around 2 hours and 10 minutes. All the trains stop in Rouen. If you want to visit Rouen, book separate tickets for just a few Euros more.

A stopover in Rouen is worth a few additional Euros. Just 0.7 miles (1.1 km) from Rouen Rive Droite train station is the majestic Cathédrale Notre-Dame, a gothic edifice oft-painted by Claude Monet. The medieval city center, home to the famous Le Gros-Horloge (big clock,) is even closer. If you’re heading to Le Havre and have time to spare, a stop in Rouen is hard to resist.

West of Normandy is another jewel in France’s tourist crown, Brittany. The former Celtic nation has a remarkable history, its own language, and an unquenchable rebellious spirit.

Bretagne (Breton: Breizh) is a land of contrasts. From the bombast of modern Nantes in the south (technically Pays de Loire) to desolate islands off the rocky northern coastline, the five départements of Brittany offer a world of adventure.

One of the highlights is Dinan. The walled town in the Cotes-d’Armor département overlooks the Rance River, from which it once extracted tolls. The wonderfully preserved medieval town is filled with half-timbered houses stretching from the old town center down treacherous cobbled stones to the riverside marina. It’s a magical place worth making a special journey for.

Another draw for visitors to Brittany is Brest. The port city in Finistère is Brittany’s third-largest city (if you include Nantes.) Brest is home to an imposing medieval castle that houses the Musée national de la Marine and Europe’s largest open-air aquarium, Oceanopolis. If marine life interests you, Brest will amaze and delight.

There are many choices when traveling from Paris to Brittany by train, but you only need to look at high-speed TGV trains when heading to Brest.

Traveling from Paris to Dinan by train is a little trickier, as you’ll have to catch a regional TER service in Brittany.

When heading to Brest, choose between inOui or OuiGo TGV trains. The same options apply to the first leg of the 2-part journey from Paris to Dinan.

All TGVs to Brittany hit the same speeds and follow the same route. The differences between the different TGV services are onboard.

OuiGo offers a stripped-down interior opened up to create more seating at the expense of onboard facilities. You forgo a café-bar, WiFi on some services, and individual chargers. Much like budget airlines, you have to pay for additional luggage. There are no upgrades on OuiGo trains, other than paying for added ticket flexibility.

OuiGo trains are far less frequent than the classic inOui trains, so you may not always be able to find tickets for the economy service. If you can, the reduction in fare compensates for the marginal loss of comfort, especially as journey times are unaffected.

All the direct trains to Brest stop in Rennes, so the same ticket options apply.

The trains leave Paris Montparnasse (1 and 2) and thread through two national parks and the historic city of Chartres until reaching Rennes. Rennes to Brest or Dinan is a journey through the picturesque landscapes of Brittany, with plenty of distractions for first-time travelers.

When heading to Dinan, you must jump onto a TER service in Rennes, Dol De Bretagne, or Lamballe. To avoid complications, aim to book the entire journey with SNCF Connect. That way, you’ll be sure to find the fastest services and reduce complications on missed connections.

Journeying to either Dinan or Brest take 3.5-4 hours, eliminating the possibility of day trips. Perhaps it’s for the best, as Brittany is a place to lose yourself.

Can I take the train from Paris to Normandy?

Is there a train from Paris to the Normandy beaches?

There are no trains from Paris directly to the Normandy landing beaches. However, there are multiple daily services to Bayeux and Caen, which are close to the beaches of Normandy. From there you can hire a car, join a tour, or use local buses.

How far is Paris to Normandy by train?

Is there a high-speed train from Paris to Normandy?

No – There are no high-speed lines to Normandy. Services from Paris to Normandy are operated by Nomad trains, a mix of Intercity and regional trains.

Is there a high-speed train from Paris to Brittany, France? 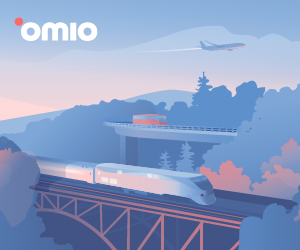